Though this is a pleasant enough photo, I don't like to have my picture taken----haven't liked it since I can remember. (I maintain my childlike belief in my ability to choose invisibility.) But this photo is iconic of my favorite days of summer----on the hammock (with my cozy friends), reading until my eyelids get too heavy, and then pulling the covers over my head to snooze a bit. (I don't remember exactly, but my husband was likely working away in the yard, equally happy, before seeing this picturesque scene and then feeling he had to photograph us.)

Maybe I'm what's considered lazy. If it weren't for Jon, I'd still plant a kitchen garden and flowers, but there'd be much more apparent neglect. I'm happy to allow weeds to grow, too. 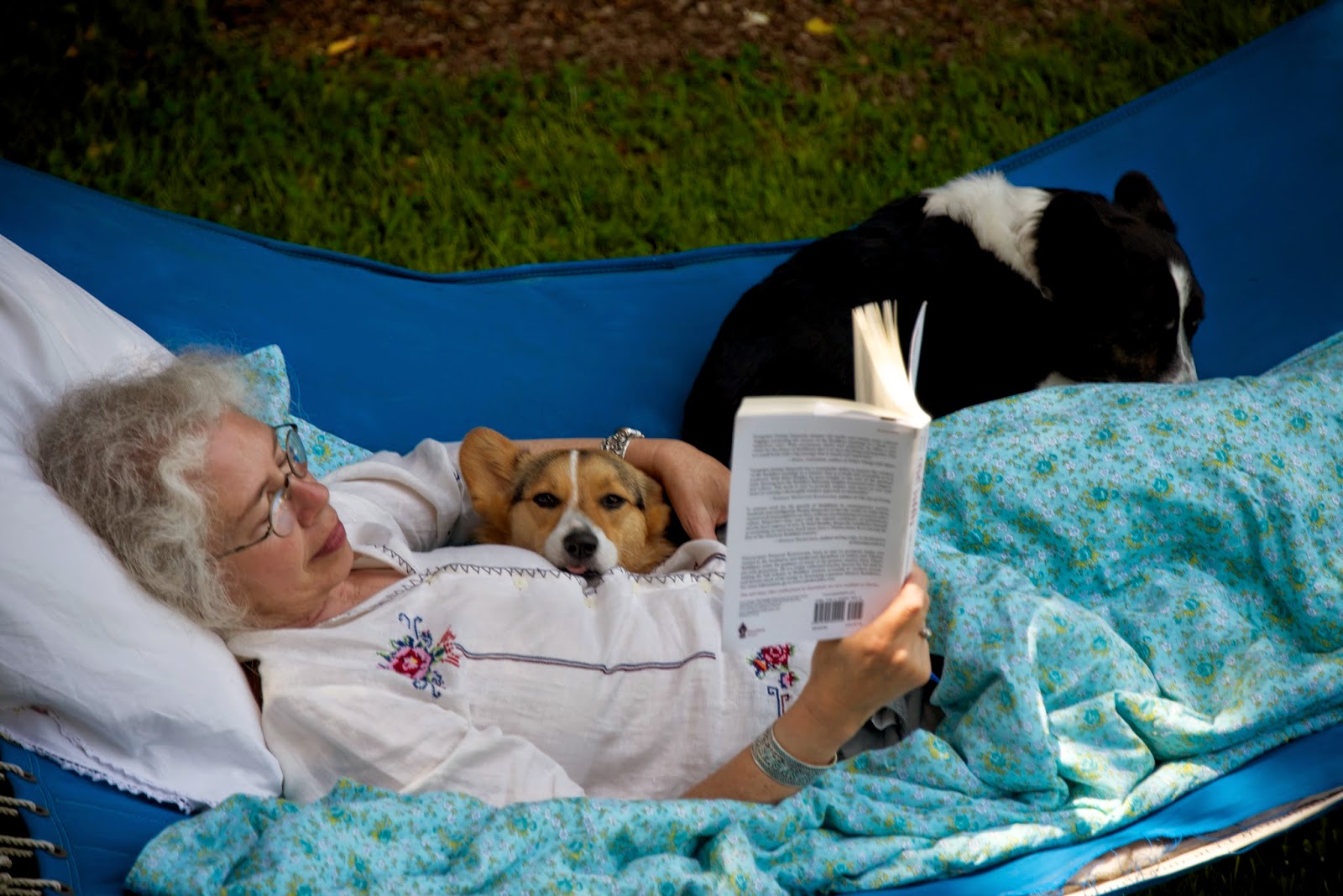 Since I've been featuring photos of roses lately, I thought I should say that there is no actual rose bed yet, only a tiny grouping of roses that will eventually either demand more of our attention. . . or not.  But they're in the front yard, where I don't enjoy spending much time, as we have a good deal of street traffic----folks walking by, many with no sense of personal boundaries, so they may just shout out to me: "Hey! Love your house!" which isn't too bad (except I'm not out there to engage in pleasantries with passersby). Thus, my means of visiting our front yard is often inspired by Mission Impossible (I hear the theme song, anyway), as when I go out there, I often drop to the ground and crawl around, essentially invisible to anyone (unless they get too close to our short fence, in which case if they saw me, they'd likely pretend not to have seen me because I'm sure I'd look a bit strange to them). 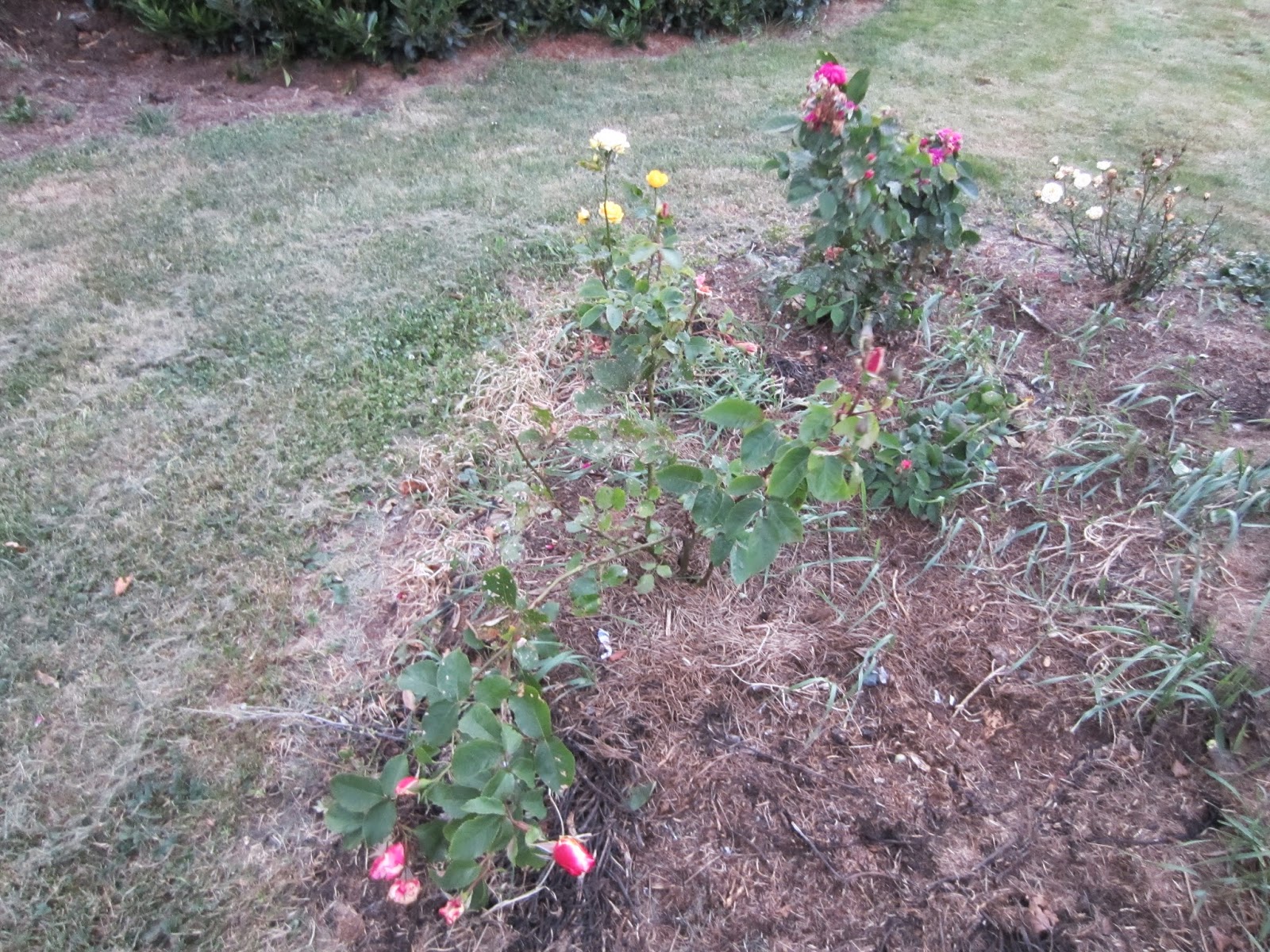 It isn't that I'm unfriendly; I simply like having private space, and this isn't always easy living in town. Our young neighbors across the street tackled the issue by building a six-foot fence around their house, something we thought of doing when we first arrived here, but seeing how it looks over there, I'm happy we didn't take that route.

But when a fellow walked up our driveway the other day, sunburned with no shirt on, gripping his mostly empty quart bottle of malt liquor in one hand, and pieces of hose in the other, his speech slurred as he asked us whether we had any leather we could give him ("Nope----sorry!"), he explained he'd try to use the hose instead for his project (making walking sticks----oh, and did we want one?), and continuing to encounter our heads shaking no, he put out his hand for each of us to shake, and left. I was happy not to have been alone, but more than making me fearful (I could spin off quite a few "what ifs" around this), and angry (an emotion that arises especially when I don't want reality to be in effect but prefer MY version of wishful thinking----i.e., if only that damned liquor store on the corner weren't there; or farther afield, if only we people weren't so LOST), I tried to simply BE with what happened and not feel my heart shut down entirely.

So rather than my previous lists of why I want to move to the country (read: away from people), I am attempting to remind myself of why we're okay just where we are----within walking distance of just about everything and providing ample practice in being more compassionate.

Mother is close today, as my brother in Louisiana has just sold her house----lessons in letting go abounding for me, especially since I have been "helping" from afar (the quotes are ironic, since I'm certain this is how my brother feels about my part in the matter, as I am in California and he is there).

And so this bouquet of Cecile Brunner roses, from a bush that blooms profusely by our front door, commemorates this day's event, as does the first blossom from the Double Delight that Jon and I planted in our front yard when we returned home from Mother's funeral. This rose was Mother's favorite, in part because it was my namesake-niece's favorite (and she left this world at fifteen). And so, flowers remind us, naturally, of the fleeting nature of beauty, of our lives. 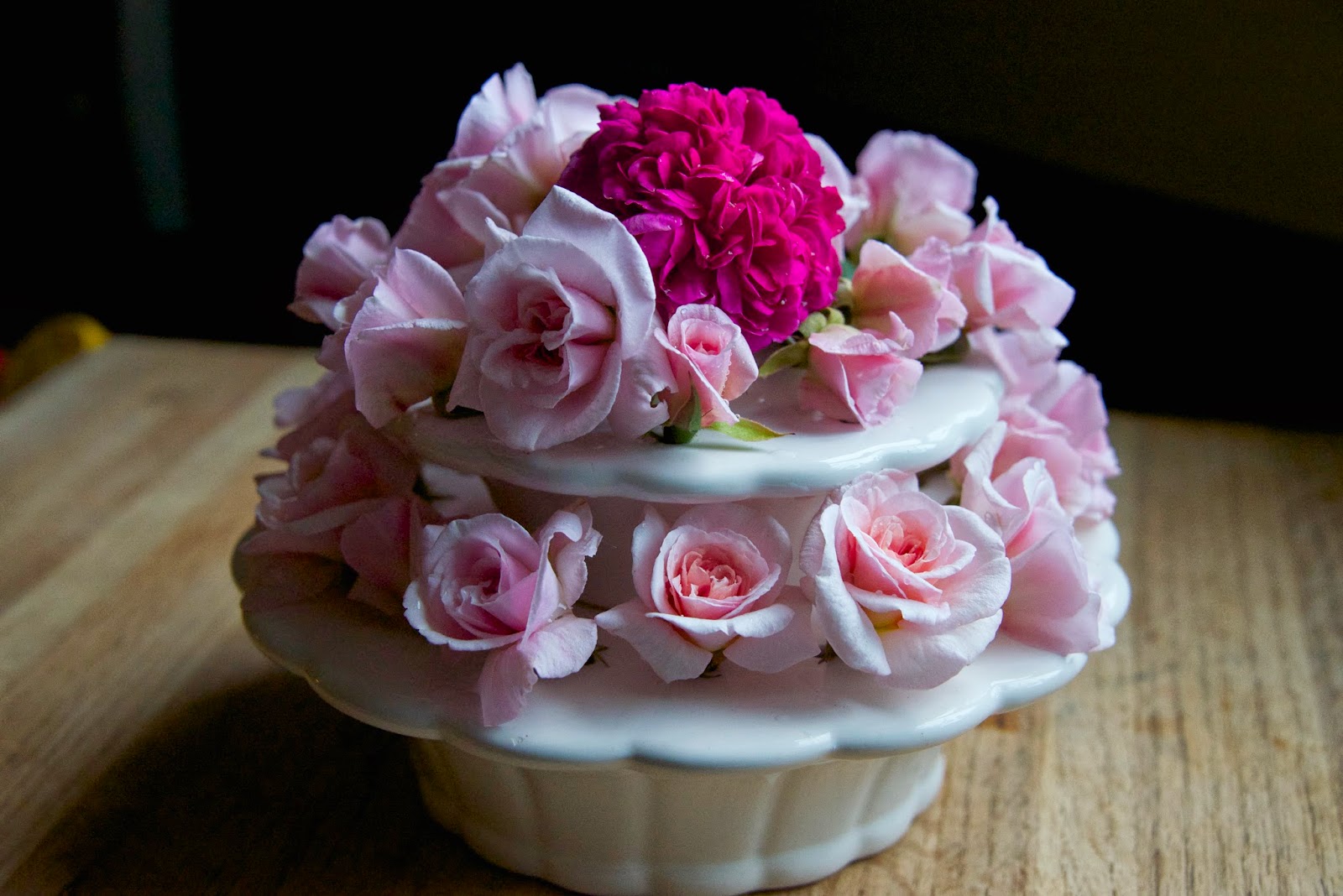 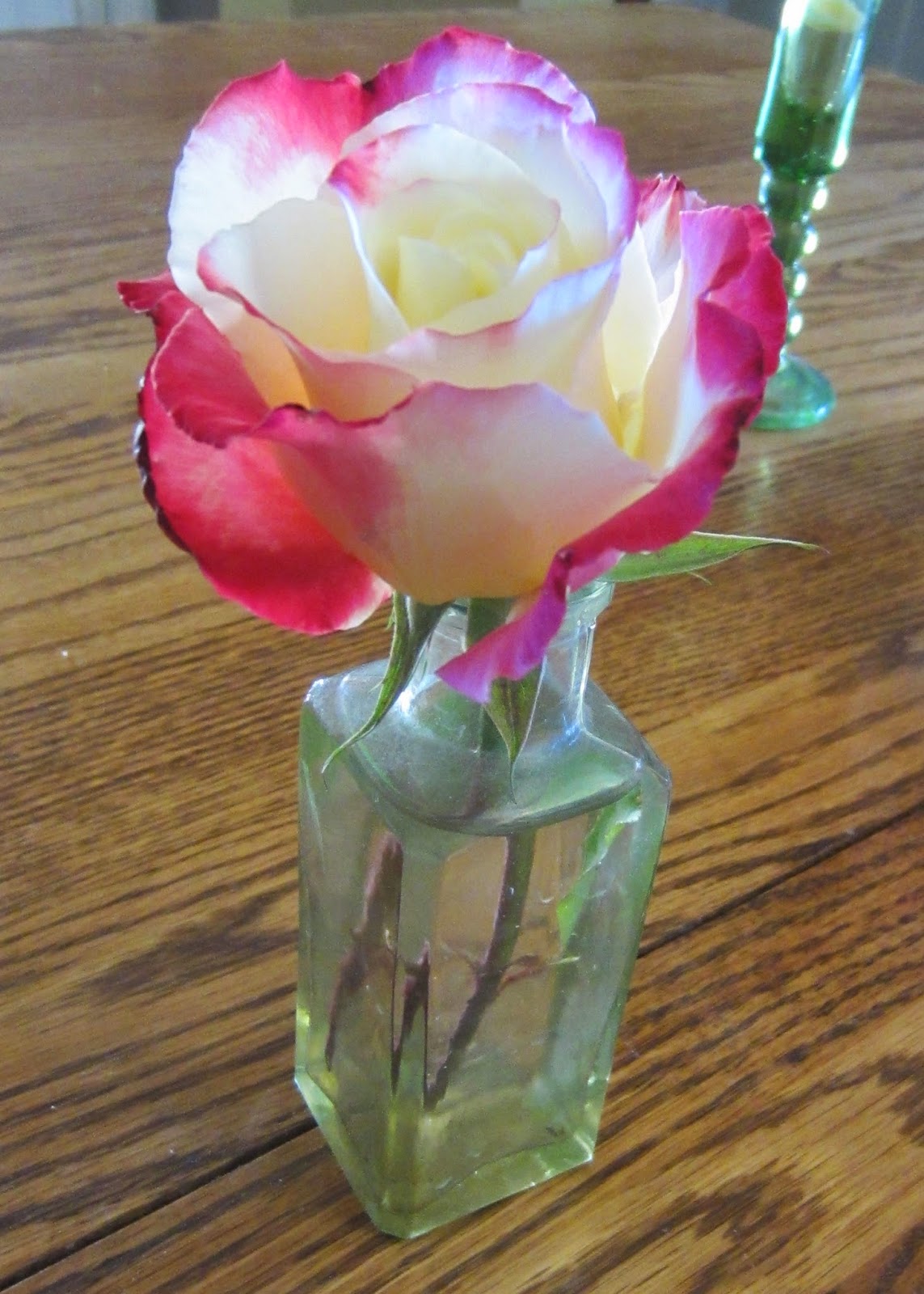 When I die, scatter my ashes in a place with a big sky.

Carving out ways to "practice" one's beliefs (as opposed to merely allowing oneself to drift with the flow) seems difficult to me sometimes as I watch how easily I can let go and lose track of where I am and how I'm spending my days. My own efforts to send down steadying anchors or tethers (that keep me from drifting too far out to sea or from floating off into space) depend on a sitting practice, along with awareness of the moon and seasons, and figuring out what's really important to me (which is slippery and changeable) to accomplish. (Now there's a heavy-sounding word.)

When I taught high school oh-so-long-ago (an "accomplishment"), I'd write a quote on the chalkboard each day, and my students knew that I expected them to---at least---copy that quote in their journals (a ploy to maintain a semblance of order and quiet as I checked roll, that is---a way to tether them) and, if they cared to exert a bit more energy, to write something they thought about the quote. As a (somewhat reluctant) member of Facebook, I see how many persons mostly share quotes they pick up from here and there (for those of you who do not do FB, sites specialize in quotes on different topics with accompanying photos, and if you "like" them, they show up on your FB page), how the tendency is to grab a bit of "wisdom," pin it on our chests like a badge, and move on---sometimes with no deeper understanding or thought than a simple nod. FB encourages this sort of "pinning" (and pricking) tendency to share soundbites and lives, creating more complex webs of connections, and sometimes weighing a person down with their own self-designated "likes," creating an FB-personage.

Reading the Dalai Grandma's post today brought back my own thoughts from this morning as I sat---how, though I've experienced our essential oneness (and to experience versus to know, of course, is quite different), I also have experienced and acknowledge the apparent contrary: our simultaneous uniqueness. Though we all walk a path, it is our own, and---like that water I keep feeling myself drifting on---it branches off, tugs me under, tumbles me over, and takes me to places I'm not really in control of. (Once I believed I could stave off aging---or at least ignore it: don't look at it and it will pass you by. Really.) I also used to be highly judgmental and critical, especially of myself, and my choices in life---not to mention extraordinarily private: marks, I suppose, of a highly controlling person. . . especially in regard to my own life.

Through the constant sharing of quotes and photographs and various tidbits from life that people post on FB, I see others and myself enjoying the thought of being able to form, to control life, to make it consistently "beautiful" or "reasonable" or at least "orderly." But FB reminds me that I have no control over what others post there (e.g., that photo of me looking ridiculous at my daughter's wedding), to acknowledge that I do what I must on this path I walk---as others do on theirs---and to let go, let go, let go. Recognizing I no longer need to maintain an ego is a wonderful aspect of aging.


One of the most convincing arguments that life-is-but-a-dream is waking up in a dream and feeling absolutely certain of its "reality."

Posted by Unknown at 7:39 AM No comments: 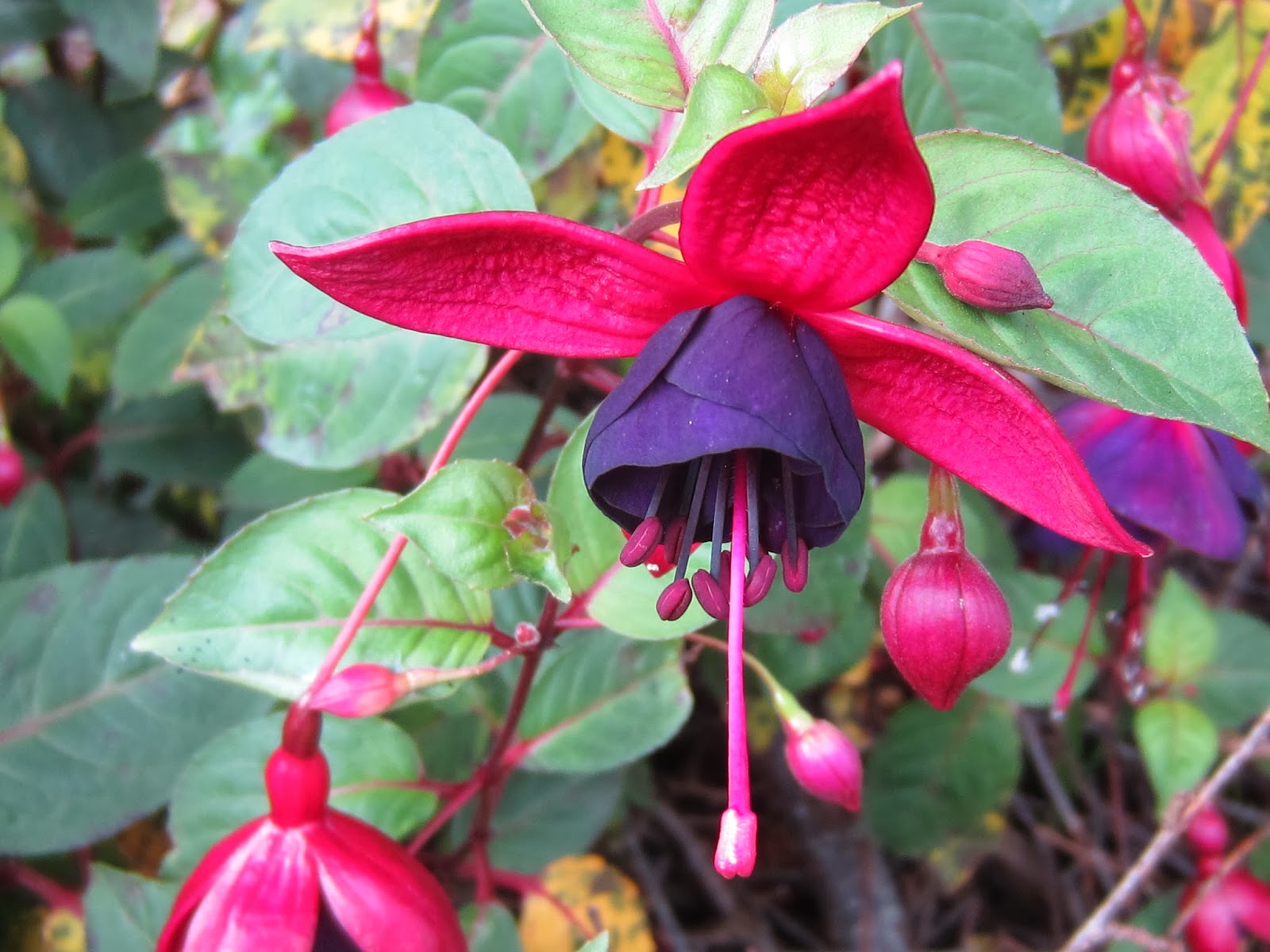 Potential
blooms
like a burst blood vessel
in the eye----
momentary clarity, then
the obfuscation
of too many possibilities.

Posted by Unknown at 1:16 PM No comments: 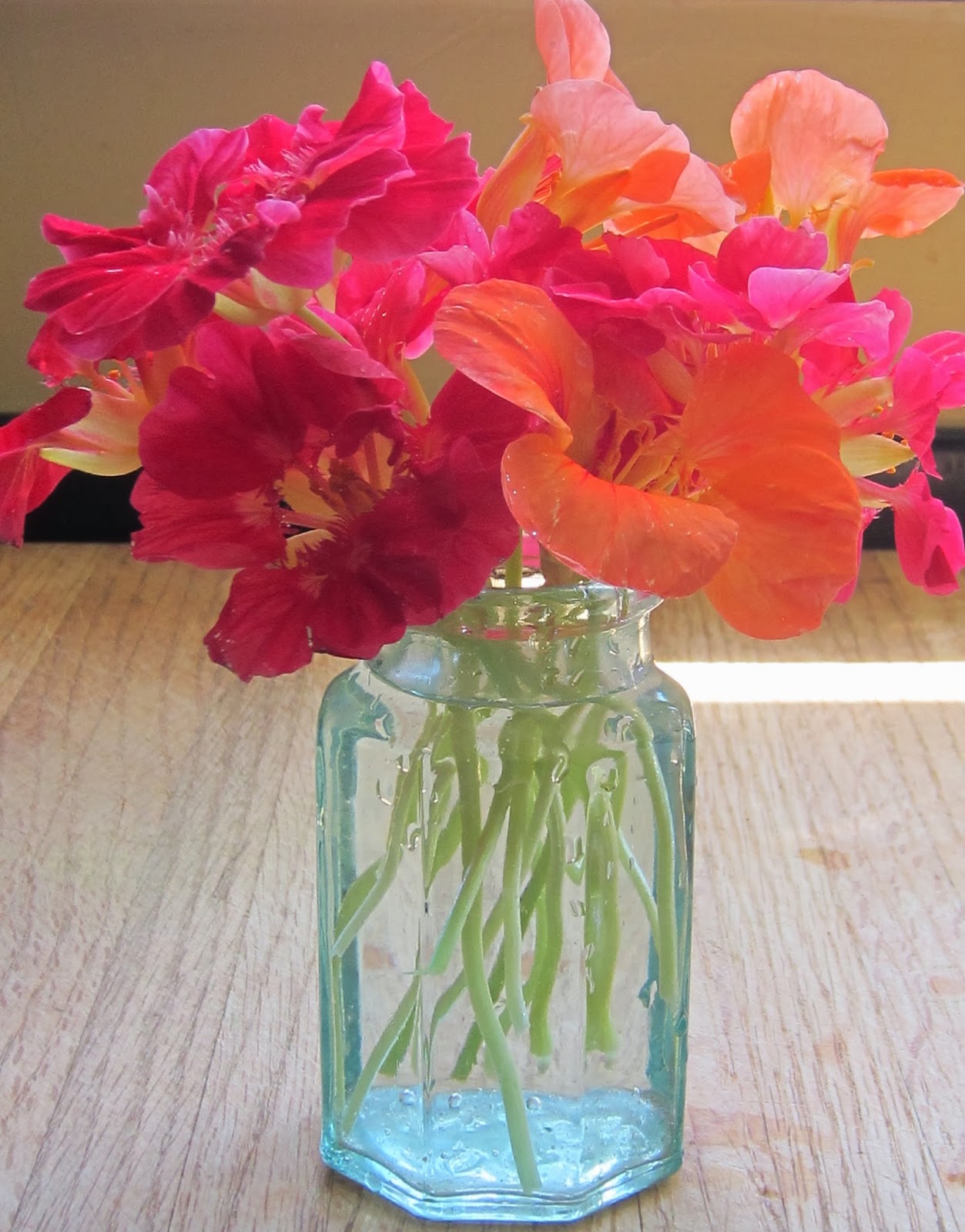 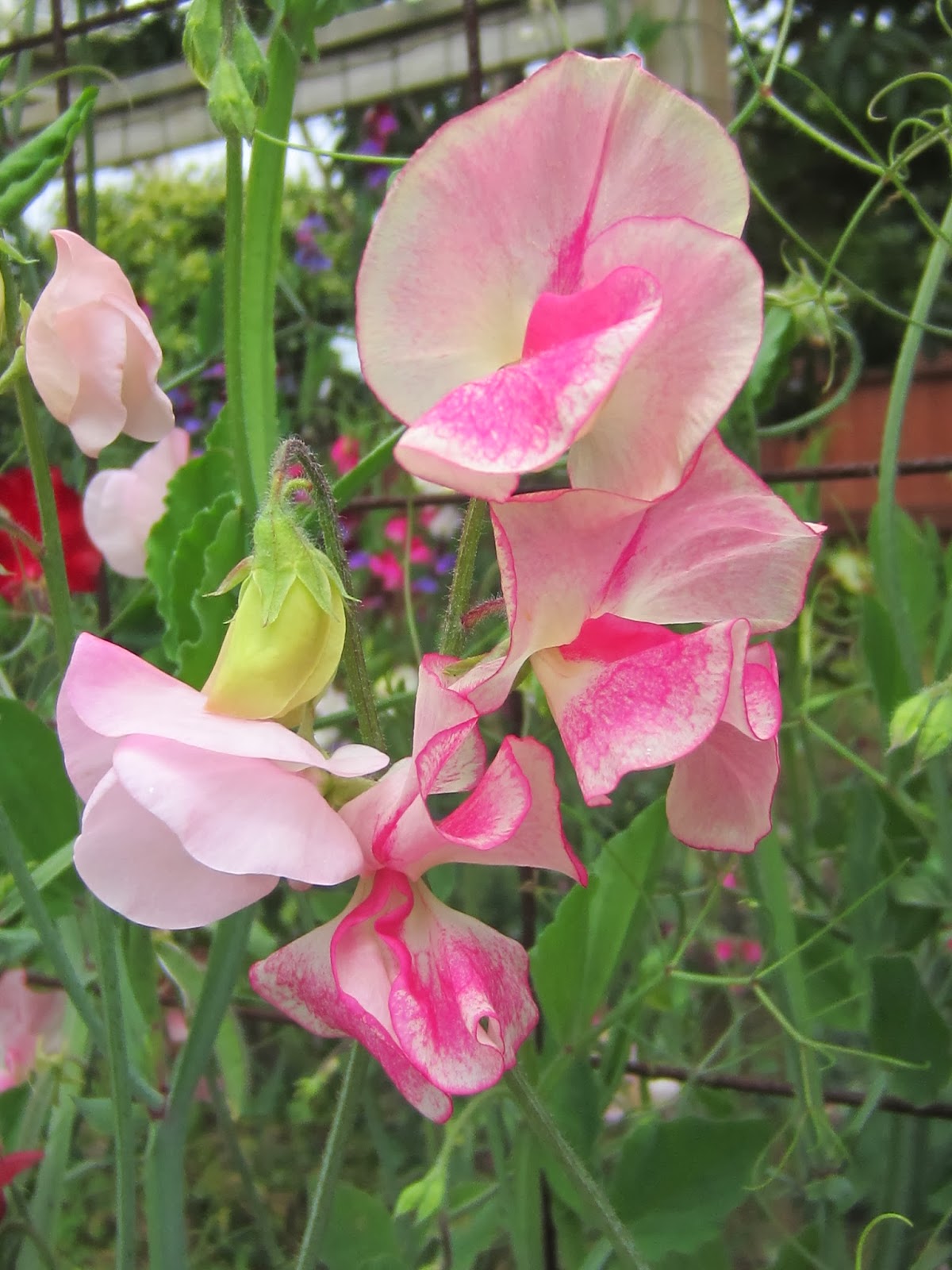 A man I don't really know handed me the photograph of mother and me at her funeral last Sunday in Louisiana.

The photos of flowers have been on my desktop for months now, ones I'd taken with Mother in mind since anytime I see anything pink, I inevitably think of her. Of course, now that she's gone, I won't think of her any less, but now I don't feel so worried.
Posted by Unknown at 3:39 PM 6 comments:

So misdirection thrives, and must thrive, because the world we seek entrance to far surpasses our descriptions of it. - Henry Shukman